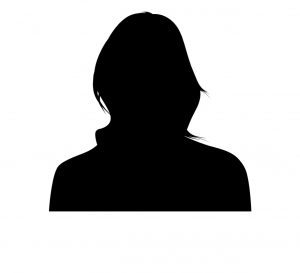 Jay Curran is a native from Northern Ireland who currently resides in the U.K. Relevant experiences include Asset Protection with inhibition of paramilitary activity in unpredictable work environments. Extensive experience in Residential Security Team (RST) and higher level asset protection to include 5 plus years on a protection team. Experienced K9 trainer and handler with more than 6 years of providing trained K9s to the police and prison services in the U.K. and Ireland, in addition to personal protection K9s for executive clients. Jay has previous experience as a martial arts coach and provided instruction and training in conflict management as well as personal safety and defense.

Matthew Howell is a veteran of the United States Marine Corps where he served 8 years.  During his time in the USMC, Matthew was a part of the 2nd Marine Expeditionary Unit and 2nd Landing Support Battalion.  Matthew has extensive Small Arms Training, Marine Amphibious Assualt and Communications.  After completing his service with the USMC, Matthew gained experience working as a Patrol and Explosive K9 handler as a private military contractor in Afghanistan.  Today, Matthew works as a Dual Service Patrol and Narcotics K9 handler with a Tennessee Law Enforcement Department.

John Revere is a veteran of the Unites States Marine Corps where he served 10 years with tours in Iraq and Bahrain.  John has training and knowledge in multiple weapons use, particularly small weapons.  John is also trained in Mixed Martial Arts Training.  He has trained under Homeland K9 since 2015 and has experience and training in Advanced K9 Deployment and Development.  John has also reeived his Decoy Certification in 2017 under Homeland K9 International.

Eric received his education at Clemson University where he studied Animal Sciences. Eric has worked under the leadership and direction of Charlie Randolph at Homeland K9 International  for more than 2 years where hs has worked his way up into the position of Deputy Trainer. Eric has developed a strong matrix of partnership skills when working directly with clients. Through his educational and hands on experiences with HK9, Eric has real life working knowledge of the fundamentals related to K9 behavior and engagement. Eric also has a keen awareness for providing skilled observations of a K9s general physical /condition and appearance. He received his Decoy Certification through Homeland K9 International in 2018.

Rick Donnette is a Sergeant First Class in the United States Army where he has served for 13 years to date as an Infantryman.  Rick served five of his 13 years in the elite Airborne Special Operations Unit.  He has held position in the US Army to include, Rifle Man, Machine Gunner and Machine Gun Team Leader.  Rick has also served as a Team Leader, Squad Leader and a Platoon Sergeant in the Conventional Army and completed two years as a Drill Sergeant. He has aslo spent more than 4 years being deployed with Special Operations and Conventional Army Units.

Rick is currently serving as a Non Commissioned Officer In Charge at the Army’s Human Performance Office and Tactical Athlete Performance Center. Rick holds certifications as Post Master of Fitness Trainer, CrossFit Level I Trainer and Modern Army Combative I and 2.  He has just completed the Tactical Athlete Facilitators Course. Rick has experience and skills in hand to hand combative, improvised weapons and tactical pistol and carbine shooting training.